Commissioned for Relay, Index explores the division of our lives proclaimed by tintinabulant indicators - the ticking of wristwatches, wake up alarms, school and church bells - through the construction of a full scale church bell composed of over one hundred circular sheets of wood. As with previous works by Drayton a recognisable form has been taken and the meaning dissected and translated through its means of production

Index suggests a bell, shares its form but it is broken and simply ordered into its constituent parts. Its stepped sides are reminiscent of a graph, as the curve changes in steepness it suggests the changing frequency of a event over time yet the regular strata of its structure implies a constant geological layering of history.

The sound of a bell is of little significance in itself and yet they are an accompaniment to some of the most significant events in our lives. Bells are used to indicate events, they tell us that something is happening: Ringing a bell is the sonic equivalent of pointing your finger.

The work explores this act of pointing and our understanding of the relationship between form and sound. It examines our need to order our world, to quantify it, to attempt to make this order universal and to broadcast it. The form of a bell is a shadow of its sound, it is the remnants of an event, a silent record of the passing of time. 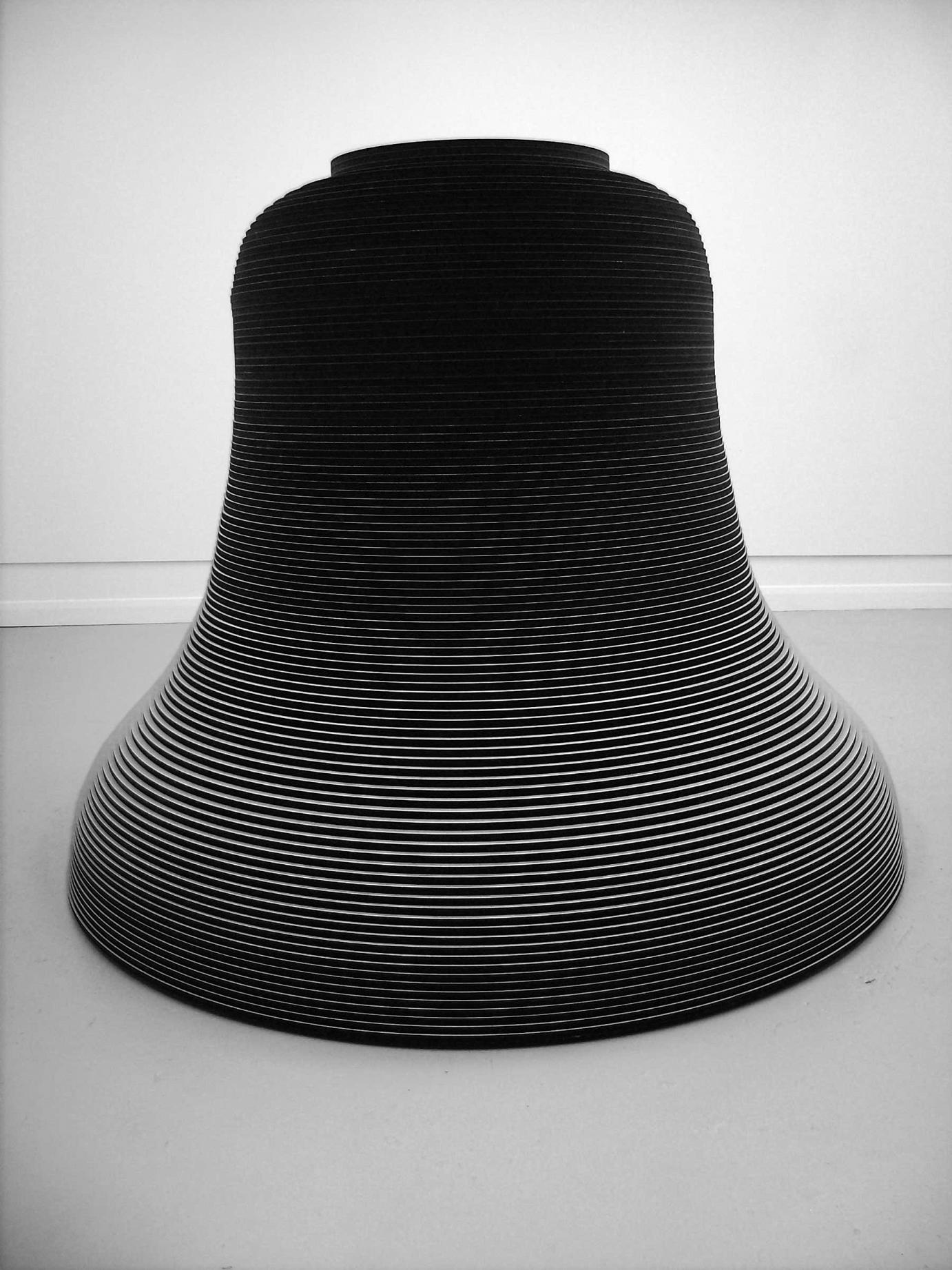 Giles Drayton was born in 1975, studied at Falmouth School of Art and at the University of Wales Institute in Cardiff. He currently lives and works in London. His work is concerned with our understanding of chance and probability, and how we attempt to quantify and understand our world through science and mathematics.

He has exhibited drawings, sculpture and film in both group and solo shows in London and the South East of England including the pilot finetuned exhibition in 2005; Imagine at Canary Wharf, London, 2004; Home at Century Gallery, 2003; Game at Stroud House Gallery, 2003. He has also designed and built sets for theatre productions in London and the Edinburgh Festival.